What’s not to like about Singapore’s office property market? Take a look at CapitaLand Commercial Trust’s 2018 results. Singapore’s biggest office landlord, owner of $10 billion of the city-state’s commercial buildings, finished the year with a record-high occupancy rate of 99.3%. 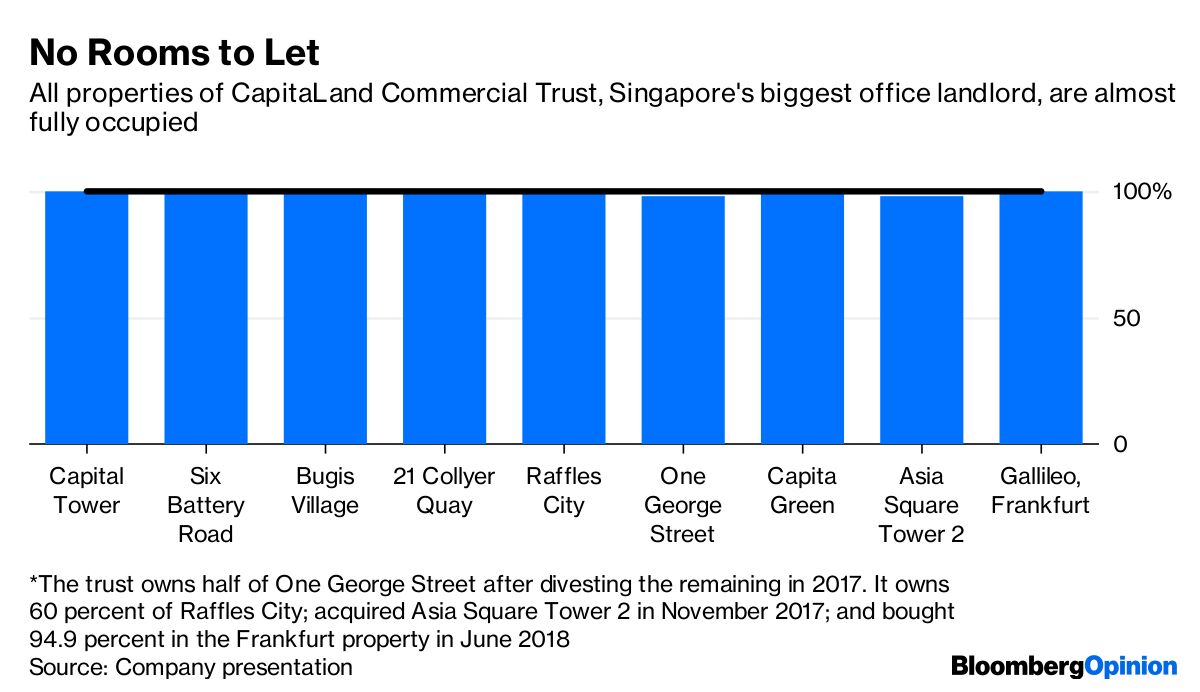 To achieve this, the real-estate investment trust didn’t have to compromise on pricing, at least not too much. Average rents in December were $9.71 per month per sq ft, only 3 cents lower than a year earlier. Investors in the REIT took home 8.7 cents of dividend income last year. At Thursday’s closing price that works out to a yield of 4.6%, more than double what 10-year Singapore government bonds offer. Not bad for an investment-grade issuer. 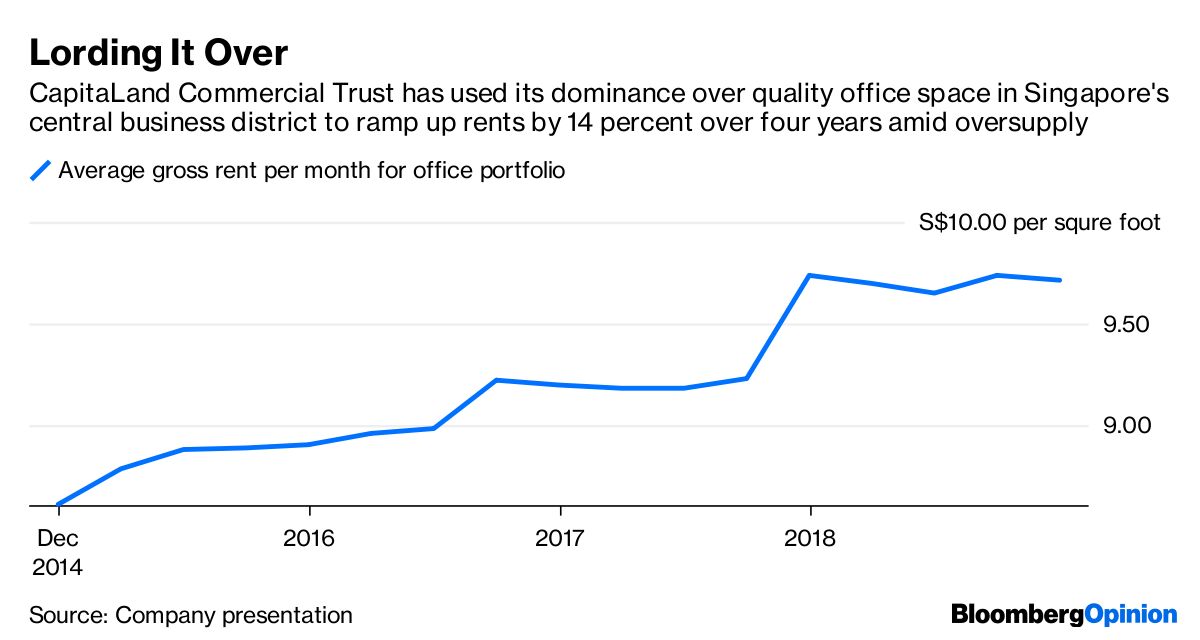 But where Singapore’s office market is becoming weaker is in its tenant mix. Banks, insurers and financial services firms account for 41% of CapitaLand Commercial’s rental revenue. However, in 2018, no bank or insurer signed a new lease with the landlord. As for financial services, they absorbed only 16% of the newly let-out area last year, compared with 25% in the previous 12 months. Even the contribution from the food and beverage industry, which had taken up 8% of new leases in 2017, fell to just 1%. Looks like Singapore’s office goers have all the Starbucks coffee and Ippudo Ramen Express they need. 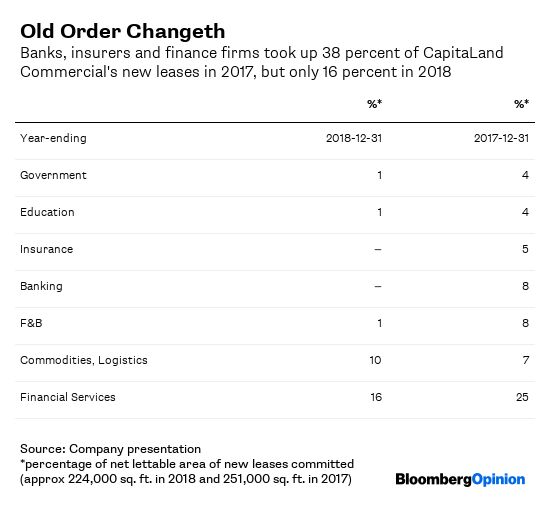 Meanwhile, supply shows no sign of abating. On average, 0.9 million sq ft will be added to the city’s office stock annually through 2023. That’s little different from the 1 million sq ft in net new supply in the five years through 2017 when there was demand for only half that much.

Will demand pick up? For a city that thrives on cross-border flows of merchandise, services and capital, a slowing pace of globalisation doesn’t portend a rich harvest. Gains from Brexit could give a temporary boost. But the real excitement in Singapore is around its vibrant startup culture, especially around fintech and transport. Only a few winners from this set, though, will graduate from re-purposed factory sheds like BLOCK71 to Grade A offices in the central business district.

The strength of Singaporean landlords lies in their balance sheets. Spooked by the financing crunch during the 2008-2009 crisis, they’re taking no chances in preparing for global interest-rate normalisation. CapitaLand Commercial extended the maturity of its debt by 1.5 years in 2018 without sacrificing interest costs. This is where the industry stands head and shoulders above Indonesian property groups like PT Lippo Karawaci Tbk, downgraded by S&P Global Ratings to CCC+ from B- on Thursday because of weakening liquidity.

Andy Mukherjee is a Bloomberg Opinion columnist covering industrial companies and financial services. He has also worked for the Straits Times, ET NOW and Bloomberg News